Another Hole in One!

Yet another Hole in One! This time is was Jim Hunter at West Sussex in the match against the RAF GS, No photos, but well done Jim!! 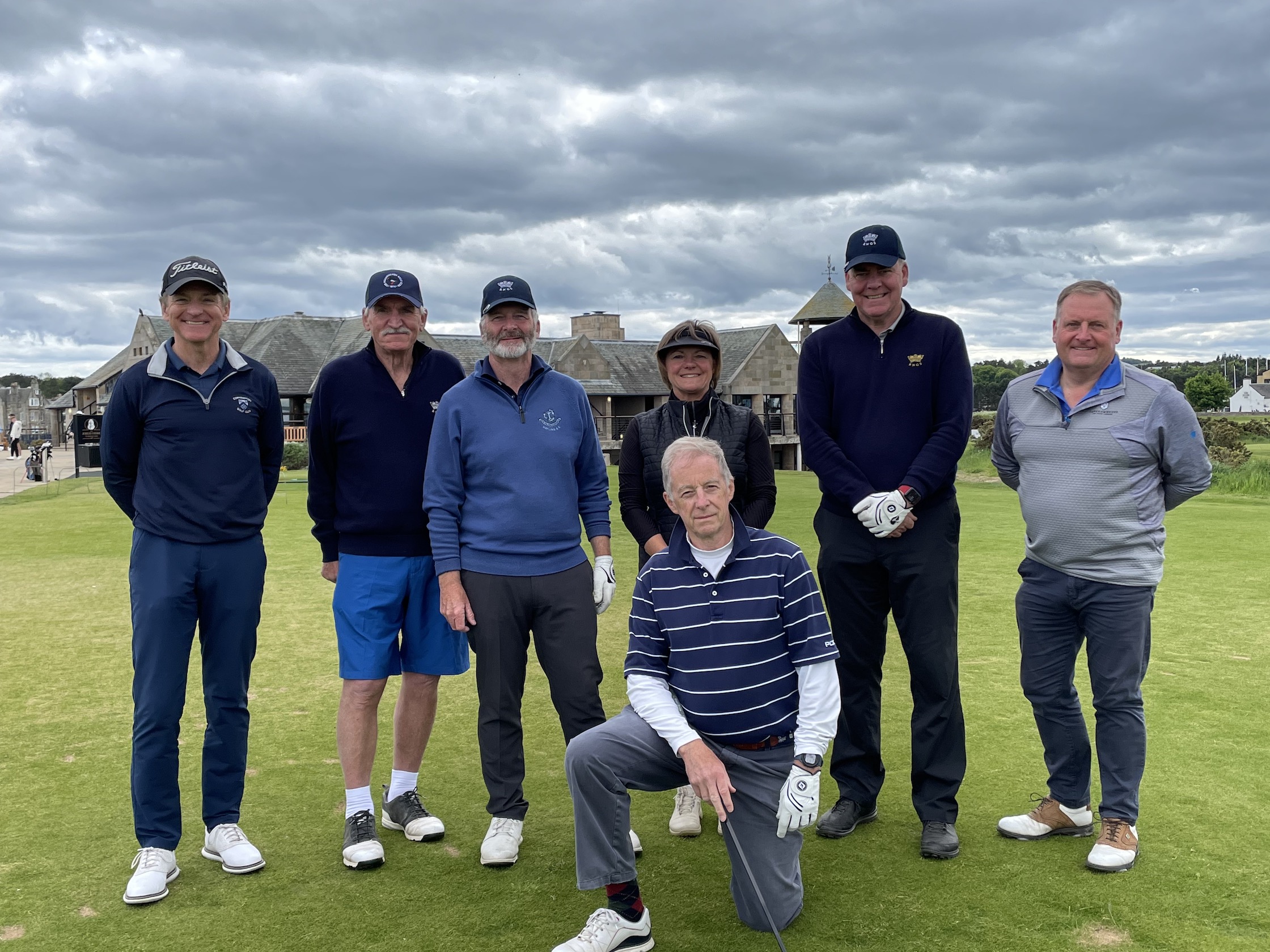 Just back from Iain's tour of Scotland - 9 courses in 8 days - Shiskine, Machrihanish, Carradale, Machrihanish Dunes, Dunaverty, Royal Burgess, Blairgowrie, Jubilee (St Andrews) and Castle (St Andrews). Quite a trek, but well worth it with some fabulous courses, great opponent and almost no rain!

One of the highlights was playing the Jubilee course, St Andrews is now in full swing to get set up for the 150thopen – quite a buzz. We also had great matches against the Edinburgh High Constables at Royal Burgess and Perth High Constables at Blairgowrie. Lovely people and something we would like to continue.

Names to me please if you would like to play next year!

After a 2-year Covid-inflicted gap the RNGS Spring Meeting took place in ideal conditions on Wed 20 and Thursday 21 April at Liphook Golf Club. This being Liphook's centenary year, the RNGS was able to mark its lengthy association with the club with the presentation of a beautiful lobby table, handmade by one of our members, Tim Barton. The table was presented by our outgoing Captain, Iain Macdonald, an appropriate way to end his extended term in office in which he has been busier than he might have expected in preparing the RNGS for the future during 'interesting times'.

About 40 members took part in the 2-day meeting, which included overlapping matchplay, stableford, scratch and handicap competitions. The Society's AGM was held after the first day's play and saw the election of new Captain and Vice-Captain for 2022/3, Commodore Anthony King and Commander Stuart Barrand respectively.

Results Details are below:

Save
Cookies user prefences
We use cookies to ensure you to get the best experience on our website. If you decline the use of cookies, this website may not function as expected.
Accept all
Decline all
Read more
Unknown
Unknown
Accept
Decline